Tennessee natives and singer-songwriters Drew and Ellie Holcomb released two new songs “Feels Like Home” and “Hey Rivers” as part of TDTD’s “For the Love of Tennessee, Travel Safe” campaign: available to listen. Written by the Holcombs and recorded in Sound Kitchen Studios in Franklin, Tennessee, the new tracks were inspired by their seven-day, 1600-mile trek across the state as part of a video series to promote safe travel. The couple’s songwriting process was chronicled as the family of five explored Chattanooga, Kingsport, Lynchburg, Memphis, Nashville, Paris, the Smokies and more.

This release marks a longstanding relationship between the state and the Holcombs. Over the past decade, the state has utilized Drew Holcomb & The Neighbor’s 2010 single “Tennessee” in several promotional assets. TDTD will continue investing in music for Tennessee, by Tennesseans, by licensing “Hey Rivers” and “Feels Like Home” for multi-year use across digital and broadcast content.

The campaign netted more than 75 million views and 200,000 hours of videos watched. The Holcombs have been featured in many outlets discussing their partnership and creative process with Tennessee Tourism. Be sure to check out a few of the highlights below: 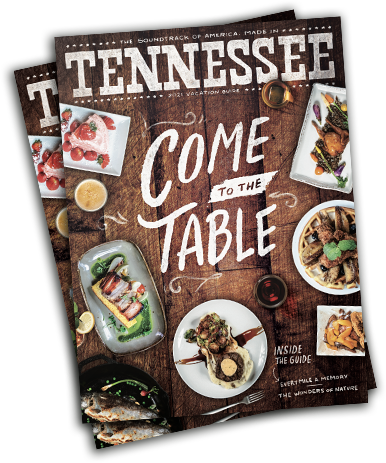